Over the next ten years, IBM intends to invest $20 billion in the development of chips, computers, hybrid cloud technologies, artificial intelligence technologies, and quantum computers in the United States, the company said on Thursday.

IBM said it would take advantage of the country's earlier adopted law (CHIPS and Science Act). It provides for the allocation in the next five years of more than 200 billion dollars (about 12 trillion rubles) in order to return the United States to a leading position in the production of microelectronics.

In this regard, IBM recalls that last year the company developed an advanced 2nm chip in a laboratory located in the United States.

Earlier, we recall, the United States said that significant interruptions in the supply of semiconductor products could cause "historic damage" to the country's economy, the scale of which will exceed the losses of American auto companies due to a shortage of chips. Electronic city of Bengaluru, Karnataka: Silicon valley and The Capital of World Outsourcing

Another processor maker will appear in Russia 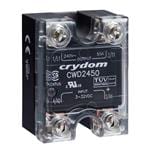 5. The role of PTC thermistor is not only used in swi...

The role of PTC thermistor is not only used in switching power supplies, but also in many ways

What is a gas sensor?